In 1947, Harry S. Truman was the president of the United States. World War II ended and most young men had returned and were beginning their families—the beginning of the baby boom generation. In Wisconsin Rapids, life was no different. At that time there was only one English-speaking Catholic Church in Wisconsin Rapids: SS. Peter and Paul on the east side of the Wisconsin River (founded in 1854). St. Lawrence Parish (founded in 1904) on the west side was formed when a group of 33 Polish Catholic families decided that their spiritual needs would be better served by a parish of their own, using their mother language. The 200 or so English-speaking Catholic families that lived on the west side of the river had no parish to call their own. Under the direction of Bishop John P. Treacy, Our Lady Queen of Heaven Parish was established on Wisconsin Rapids’ west side in the summer of 1947, with Father Joseph B. Tetzlaff appointed as the first pastor. An organizational meeting was held in the convent chapel of SS. Peter and Paul Parish (now the Marian Center for Peace) on August 12, 1947, with 32 of the new parishioners in attendance.

Starting on the first Sunday of September 1947, Masses for the new parish, sometimes called Saint Mary’s, were held at the Palace Theatre and later at the Wisconsin Theatre, both in downtown Wisconsin Rapids. A tract of land at the corner of 17th Avenue and Chase Street was purchased for the new church. However, another tract of land was proposed on 10th Avenue South. A vote was taken and the 10th Avenue site was selected in a vote of 19 to 9 for the 10th Avenue South location. In December 1947, the property was purchased on the west side of 10th Avenue, along with the historic Nels Johnson home at 850 1st Avenue South to be used as the rectory and a chapel for daily Masses. The 17th and Chase tract would eventually become Mead Park.

In October 1948, Bishop Treacy approved plans for the construction of a two-story school. The Sisters of St. Francis of Assisi came to teach in August 1949 and the Nels Johnson home became their convent. The pastor moved into temporary quarters in the new school building. These quarters are now the school and principal’s offices. The school opened on September 19, 1949 with 155 students in attendance.

In April 1950, Bishop Treacy approved plans to build an attached auditorium to the school building. With Carl Billmeyer as architect and Frank Henry as general contractor, construction was completed in May 1951. The basement of the new addition included a dining hall and kitchen, known as Notre Dame Hall. It had been anticipated that the auditorium would one day become a gymnasium and that a church building would be constructed at the south end of the school. Those dreams, however, never materialized and the auditorium was converted to a 500-person capacity church. The attached rectory was constructed in 1953.

In September 1951, Tri-City Catholic High School (later to be renamed Assumption High School in honor of the 1950 proclamation of the dogma of the Assumption of the Blessed Virgin into Heaven) was established and began to use the second floor classrooms of Saint Mary’s School for classes. Assumption used these classrooms for three years while the new school was constructed on Chestnut Street across the river. In September 1954, the students moved to the current Assumption High School on Chestnut Street with Father James O’Connell as the first principal.

In March 1965, under the guidance of Father Andrzejewski and under the direction of Father Berthiaume, the Confraternity of Christian Doctrine (CCD) program was organized. Under Father Berthiaume’s astute direction, the CCD program was developed to such a degree that it was recognized as one of the best. Bishop Frederick W. Freking awarded a plaque of recognition on April 30, 1967 for this achievement. In the autumn of 1969, Father Stanchik began adult education classes. Father Stanchik also introduced “Class Masses” which were held during the religion classes at Saint Mary’s School.

The parish’s 25th Anniversary was celebrated on August 13, 1972 with a Mass at Our Lady Queen of Heaven Church, followed by a social hour, banquet, and dance at Assumption High School. John Ritchay served as the Master of Ceremonies for the event. Bishop Freking, Father Teztlaff, Father Andrzejewski, and Father Kamla were guest speakers.

In October 1977, Father Kamla left Our Lady Queen of Heaven. Concluding his 10 years in the US Navy and two tours in Vietnam, Father Mark Doyle came to Our Lady Queen of Heaven as the fourth pastor and would serve the parish for over 20 years. Under Father Doyle’s leadership, the church was extensively remodeled in the early 1980s, the school flourished, and a football field for grade school games (now used for middle schoolers) was developed on the back portion of the parish property. The field was named in honor of the late Frank Walsh, a long-time benefactor of the parish. Later the field’s name was changed to include Father Doyle’s name as well. Father Doyle had previously taught for six years in the 1960s at Assumption and served as its athletic director for a time.

Father Doyle retired as pastor in November 1998. Father Anthony Wolf served as parochial administrator until July 1999 when Father Dennis Lynch was named the parish’s fifth pastor. In the fall of 1999, Saint Mary’s School became part of the newly-formed unified Catholic school system, the Wisconsin Rapids Area Catholic Schools (WRACS), which would later be renamed Assumption Catholic Schools in 2004. At this time, Saint Mary’s School was repainted and furnishings were relocated to accommodate the new student body: the first through third graders in the WRACS system. Our Lady Queen of Heaven School now serves kindergarten through second grade students. During Father Lynch’s tenure as pastor, Our Lady Queen of Heaven restarted the tradition of hosting a summer parish picnic as a major parish fundraiser.

In June 2004 Father Lynch was assigned to pastoral ministry at St. Michael’s Hospital in Stevens Point (now Aspirus Hospital). Father Alan ‘Al’ Wierzba became the sixth pastor of Our Lady Queen of Heaven in June 2004. During Father Wierzba’s tenure church upgrades and renovations were completed. In 2004–2005, the rectory interior was remodeled and renovated after extensive damage from a leaky roof. In 2005–2006, the church interior was renovated and upgraded. In 2006–2007, a capital campaign was held to raise funds for a major expansion project. The 8,900 square foot expansion cost $1.8 million and included a covered carport, a gathering area, and new parish offices along with handicapped accessible rest rooms near the church. The school cafeteria was built on the first floor to improve accessibility. The parish population swelled to over 1200 households.

During this time of expansion, Father Wierzba served as parochial administrator of St. Lawrence Parish and SS. Peter and Paul Parish in Wisconsin Rapids and also St. Philip’s Parish in Rudolph. To assist him, Bishop Jerome Listecki assigned a parochial vicar: Father Tim Welles (2006–2008) and Father James Altman (2008–2010), both of whom also served as chaplain at Assumption High School at different times. Many seminarians spent time at Our Lady Queen of Heaven Parish during this time.

Father Wierzba led a second capital campaign in 2009 that focused on new rectory windows, new classroom carpet, a new air-lock school entryway, a new parking lot, and a new parish storage garage. In May 2011, Father Al Wierzba was named full-time Vocations Director of the Diocese of La Crosse and Father Sahayanathan Nathan of the Diocese of Vellore in India was named the seventh pastor of Our Lady Queen of Heaven. Deacon Thomas Anderson was ordained in 2011 and assigned as a permanent deacon at Our Lady Queen of Heaven. During Father Nathan’s time, a number of trees were planted on the parish property. Our Lady Queen of Heaven did not have a parochial vicar from 2012 until Father Daniel Oudenhoven was named parochial vicar and chaplain at Assumption for 2014–2015.

Father Valentine was recalled to India in 2021 and Father Alan Guanella was named the ninth pastor. Father Guanella successfully led the parish through a $785k capital campaign to address water-infiltration issues in Notre Dame Hall, the eventual replacement of the school windows, and the renovation of the rectory bathrooms. During Father Guanella’s time, the sanctuary furnishings, including the ambo and altar, were renovated. In 2022, Father Steven Weller was named parochial vicar and chaplain at Assumption.

pastors of our lady queen of heaven parish 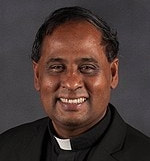 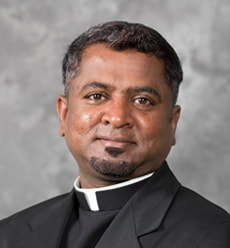 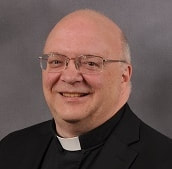 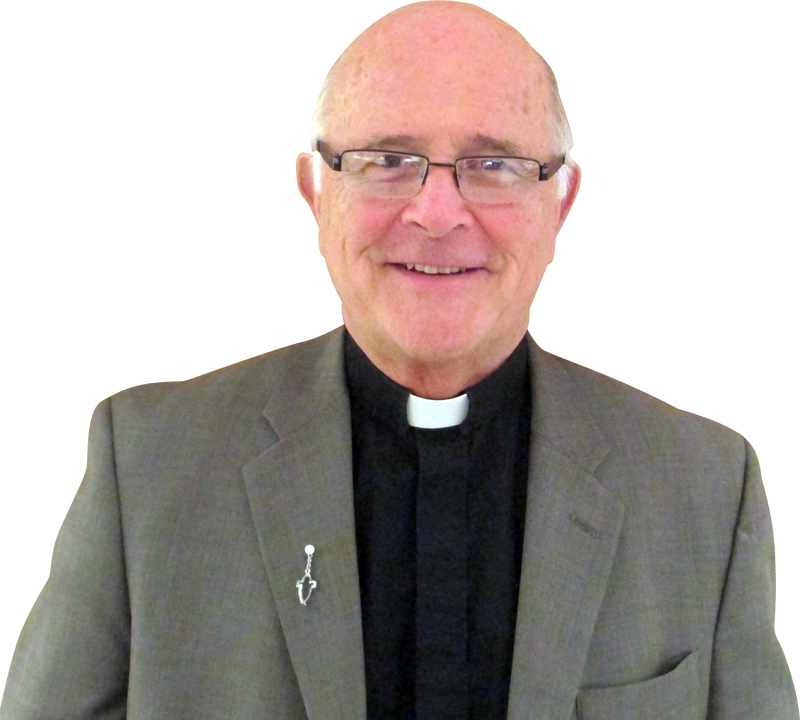